Recently I sent my mega cool SRS EQ Exciter fuzz to Jerms for some testing; this is what happened... 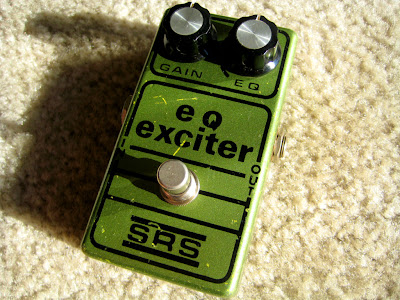 This pedal is an odd one, with an amazing tone control that can do crazy sweeps like the Moog low pass filter, it's pretty damn unique (especially for 1977). The fuzz is a squelching, bass heavy monster that can be best described as a Shin ei FY-2 being eaten by a Fuzz Face.

We'll have to do some deep dwelling into this green machine later on, but until then, enjoy the demo!

Thanks for watching!
-ed
Posted by edp at 6:31 PM No comments:

☟
So this past week saw a dinosaur of the pedal world stick its head out for some air; not once, but TWICE! That's right, two Astro-Amp Astrotones were on ebay (one is currently still for sale).

The first one, and this really blows my mind, sold for $3,000!!! and was amongst a few others I have seen as being made on March 27th 1967 (up until now was the earliest date seen on an Astro) with the initials "FM" written on the inside of the pedal. The circuit board, components and date were identical to the one I have, so nothing really crazy or different about it. But the other one was dated for 3 days prior, March 24th 1967 with the initials "EG" written on it; making this the earliest example of an Astrotone that has ever surfaced. There was one random point of difference to mention and that was the extra resistor you see on the board. Apparently this was just done to bias a transistor and should not affect the tone, but being the nerd that I am I just had to point that out for y'all!

Thanks to the auctioners we also have these really nice and clean photos to add to the blog, for posterity-sake.
So enjoy, and thanks! 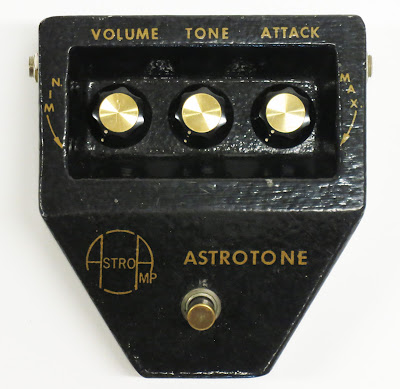 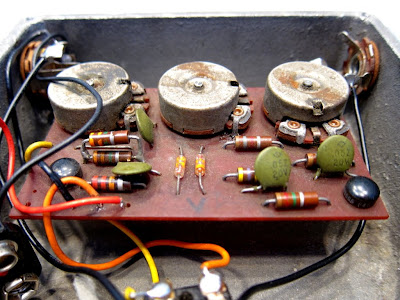 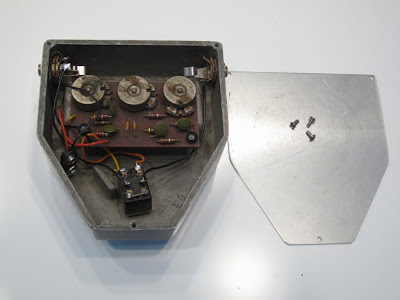 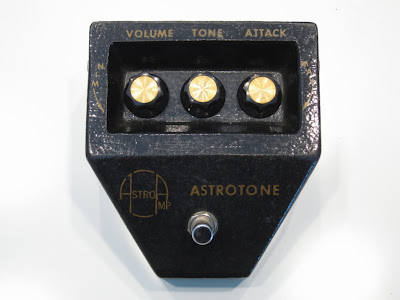 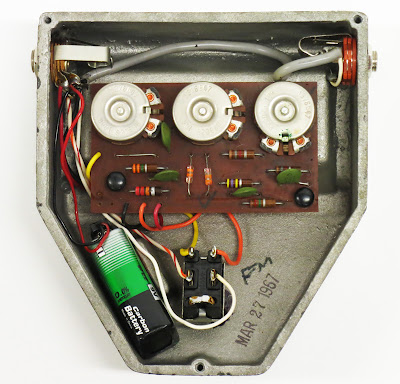 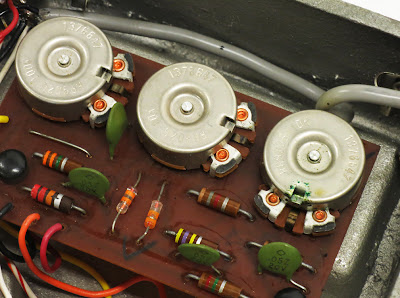 thanks for reading!
-ed
Posted by edp at 6:10 PM No comments: 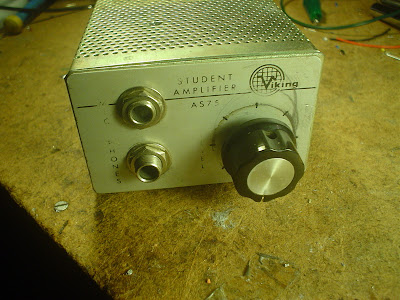 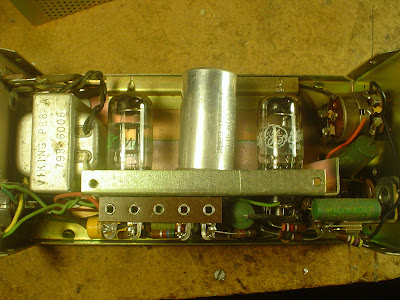 A few months back this really odd looking vintage tube headphone amplifier came up for sale on ebay. The seller described it as having a good fuzz tone so I was pretty interested in it...

Well unfortunately I lost this auction because I was overconfident that no one else would think it was that cool.
The good news is that my friend Jerms was the one who beat me out on it, so we are at least blessed with this awesome demo!!!/// 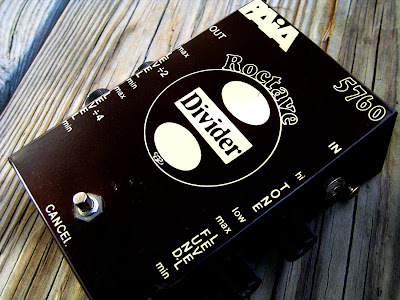 Did you ever plug into a pedal, kick it on and thought to yourself, "Holy Shit! This thing is INSANE!!!" The reaction people usually get (myself included) when stomping onto the PAIA Roctave Divider is pretty close to this.

If you are wondering what it is exactly, let me tell you!
The Roctave is a sub octave effect, that has controls for Fuzz, Tone, 1 Octave Down and 2 Octaves Down. It was one of the many DIY kits designed by Craig Anderton and was available in the mid 80's. It was part of the PAIA 5700 Guitar Effects Series that included other oddities such as the Hot Lyx (sustainer), Axe Grinder (overdrive), and Motion Filter (envelope filter). Each kit supplied the builder with a reference manual, enclosure, PCB, switch, knobs, pots, etc. but the components were to be purchased separately.

So as for the Roctave, the schematic and build instructions are still available through PAIA via Craig Anderton's book, Projects for Guitarists, and they are also readily available online. 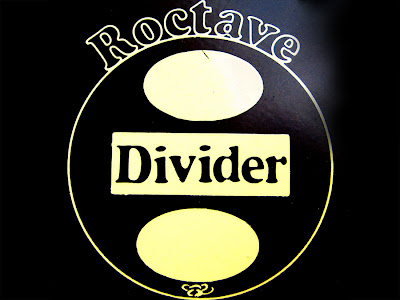 The Roctave has a few different levels of tone going on. First off, the base fuzz is easily one of my favorite fuzzy sounds of all time. Not sure why this has never been made into a pedal all its own? The sound can be best described as an analog synth emulating the smoothest, fattest Big Muff you ever heard, with sustain for a light year!!! It's really unique the way it crunches and croons, but could easily fit well into most settings where one would be summoning the Leviathan. 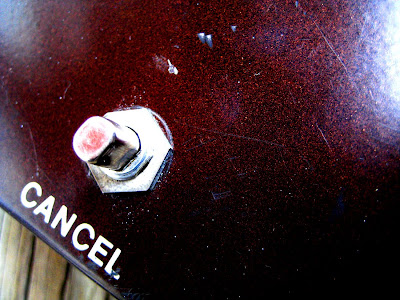 The next level to this machine of death is the 1 octave down, which can be blended in with a knob on the side. When mixed with the fuzz tone it rumbles and rambles around, struggling to track your playing. There is actually something really endearing about its lack of perfection, so don't sweat it. The lower octave sounds very synth-generated; like a mix of a square wave, sine wave and some filtering. It's pretty raw to say the least!

After a complete pummeling from the Fuzz and Octave #1 you would think that there could be no way to make this even more intense.
But obviously I wouldn't lead into it like that if you weren't wrong! 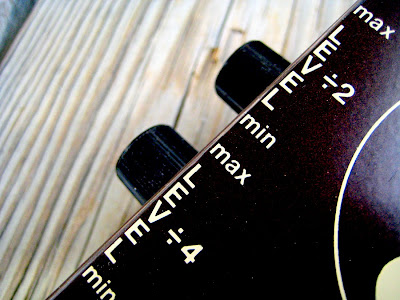 Enter Octave #2. If you are familiar with the MXR Blue Box you will know what 2 octaves down can sound like. It is a little ridiculous, and I can only assume the idea came about when someone decided that Bass Players were obsolete and unnecessary. I actually have an effect made by VOX in the late 60s called the Octavoice, which was very similar to the ideas presented here but replaces the fuzz signal with 1 Octave Up, then adds 1 Octave Down and 2 Octaves Down. So although the idea wasn't new by any means, I feel like if throwing a 2nd octave down in an effect wasn't too outlandish for the 1960s, then there should be no complaints about it not being "musical" or "any good for live use".

Again the suboctave tones jump around like crazy but if you turn your guitar's tone knobs down then it seems to track almost perfectly! What really makes it a jewel is the fact that you can blend each octave effect to taste, instead of just a switch at full volume. That way you can further fatten up the original Fuzz signal (not that you would really need to, but you have the option). You can also add some Octaveness to your clean signal if you'd like too. 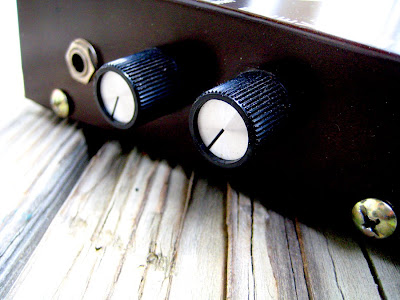 With effects like the MXR Blue Box, and a ton of other newer octave fuzzes, seeing a resurgence it only make sense that this would be at the front of the pack. In any side-by-side comparison the Roctave just destroys the Blue Box in every way; and yeah maybe it wasn't part of the lamest Led Zepplin song of all time, but it definitely wins hands down for pure apocalyptic tones.

So go get building!
Or if you luck out, buy the first original one you see.
I promise good fortune and jealous friends/// 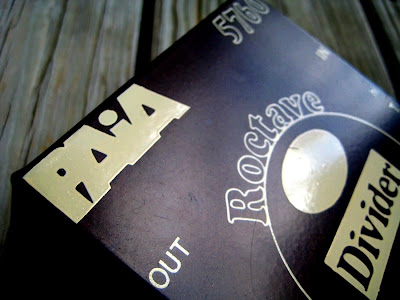 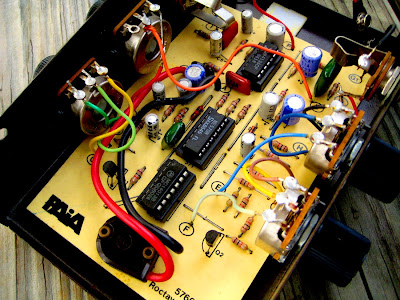 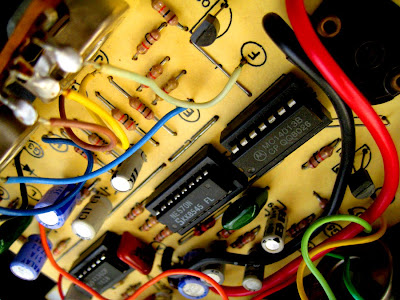 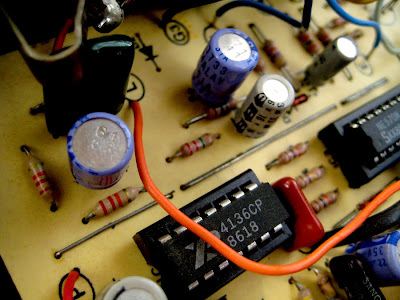 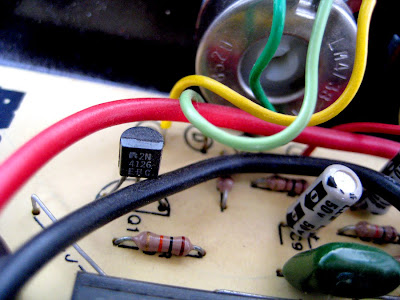 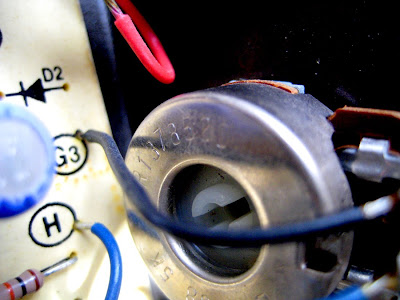 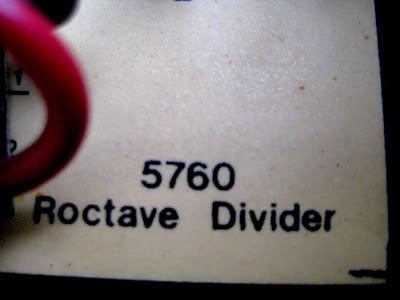 Also I just paid down and am now waiting for shipment, from Japan, on one of these awesome dudes; a Guyatone Sustainer FS-6
(70s Japanese Big Muff)/// 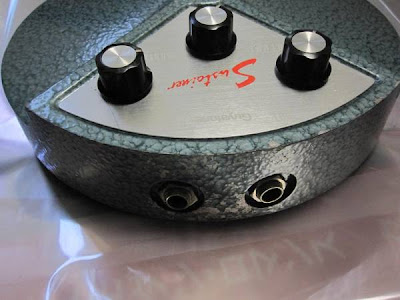 Because Discofreq is the hardest working dude in the FX world, we take this moment to salute him for his seriously awesome contribution to nerds like us all over this great land!

Another reason for posting this is not only does he house the largest and most complete online FX Database on the net, but it is now about to get way cooler with the addition of these really sweet vintage audio demonstrations!