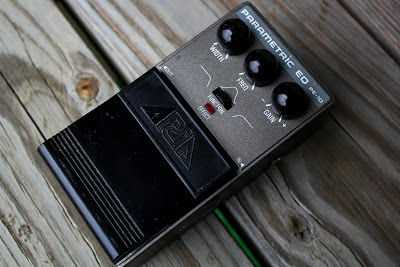 In the early 1980's Aria, a guitar and pedal manufacturer out of Japan, decided to follow suit with their fellow countrymen Boss and make a set of compact effects. Although they did have an earlier pedal effort in the 70's (first with the Aria Diamond series, and then later with the Aria RE series), it wasn't until the early 80's, when they decided to scale things down a bit, that Aria put out some really interesting and cool sounding stompboxes.

In 1983 they released the XX-10 Super series of effects. Which included a wide range of really cool sounding pedals, some of my favorites have been the Digital Flanger/Chorus, Flanger, Analog Delay and the Digital Delay. The FL-10 Flanger definitely stands out  as one of the coolest sounding effects I own, and in fact I have 2 of them! But of all the pedals from that series the one that I use the most and has become the secret weapon of my arsenal is this one, the PE-10 Parametric EQ. 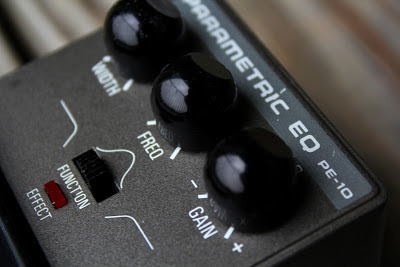 When I first started my journey into vintage effects I was automatically and initially drawn to the Japanese ones from the 70's and 80's. Brands like Pearl, Locobox, Coron, Univox, and Aria all had something a little weird and slightly off about them; something that was totally alluring... and also the low price-tag was a nice little incentive.

After tracking down a good amount of these stomps and falling in love, I for some reason, really wanted to find this pedal, the PE-10. It proved to be a surprisingly hard task, and from what I can tell this is the most rare of the Aria XX-10 series. But luckily, patience has its way of rewarding you when you respect her, and about 2 years ago I snagged this little guy on ebay for a humble amount... :) 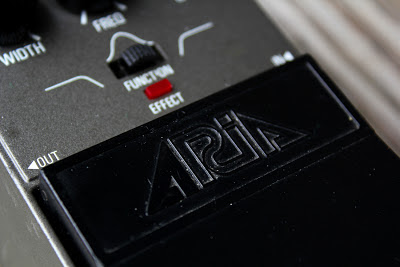 The Aria PE-10 is a parametric eq, which on the surface doesn't seem like it would be a very cool effect, but when you combine it with other pedals (especially fuzz) you quickly realize what a powerful tool it can be. I have had a few other parametric eq's in the past, but this is by far my favorite. It's just so easy to use, sounds awesome and you can completely turn your sound inside-out if you want to! 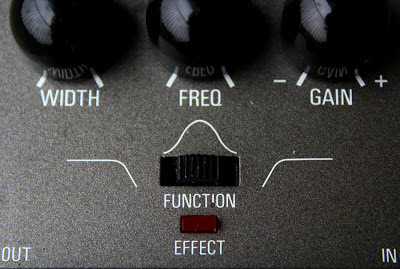 So let's start first with the Low-Cut setting.
This may be the one I use the most as it can have a HUGE impact on your live sound. What I personally like to do is use it either in the very beginning of a song or at a break in the middle; running something like a Big Muff into it. Chopping the low end will make it sound tiny and sort of like an old radio, but when you kick the Aria PE-10 off you are left with your original and bOOMing Muff tone, pummeling everything in its path!
It's a pretty cool effect.

Next is the Mid-Hump/Cut setting.
First, a brief description of the knobs is in order. The "Gain" knob is used to either boost or drastically reduce whatever frequency you are trying to affect, the "Freq" knob simply selects that frequency, and the "Width" knob adjust the Q, or how wide or narrow that frequency band is. So when using the middle switch position you can get really crazy with all of the different settings. I like to use it in one of two ways; First I love to use it as a Mid-Cut. So let's say for instance you have a fuzz and feel as though it has too much midrange going on, and you would like to get that real scooped Muff-type tone. Well all you have to do is set the "Freq" knob where you like and turn the gain all the way down. This will get you that super fat sound. Another way you can use the Mid switch setting is to actually boost the mid range, this will also simultaneously reduce the high and low frequencies giving you that old telelphone type of effect.

Lastly, a brief word on the Hi-Cut setting.
Although I personally use this switch position the least of the three, it still has a pretty powerful affect on your sound. Obviously, on this setting you are controlling how much treble is allowed through the speakers; which is an effect that has been made popular and used thousands of times in electronic dance music. You know the sound, the music dips down and all you hear is the rumbling of the bass and a faint garbling of vocals and melodies. Then the frequency is slowly adjusted upward, until BANG! You are blasted with an entire bandwidth of music and the crowd goes wild. I think for this pedal, this would be a cooler setting if you could connect an expression pedal to it, but as it stands, you either sound like you have a blanket over the speakers, or not... 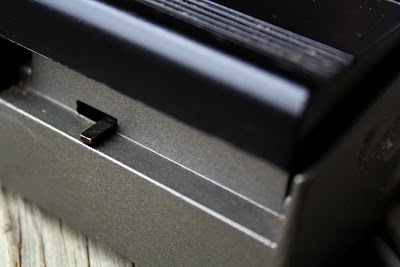 I know a big thing for players now is "True Bypass", and even though the PE-10 has a switch buffer, like most Boss and Ibanez pedals, I have found that it only really changes the tone of a few of my older 60's type fuzzes. And to tell you the truth, I would never use this pedal with one of those anyways, so it doesn't really matter?

All in all, parametric eq's are rarely utilized little nuggets of gold that are not often found on pedal boards. I definitely recommend at least trying one out. They're just so simple, but the payoff is well worth the small investment... 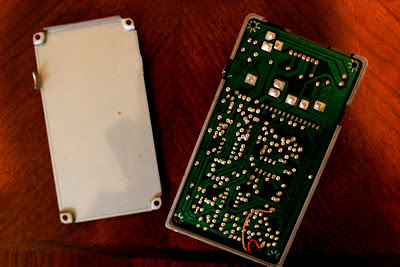 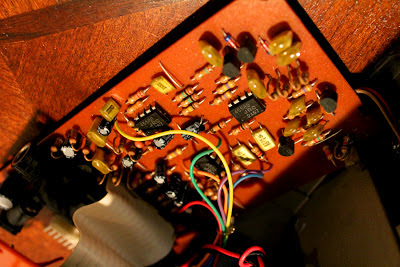 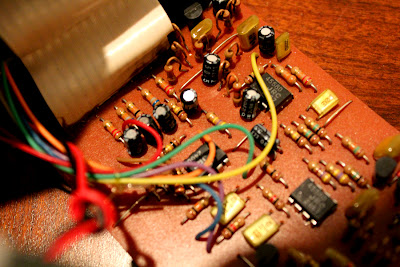 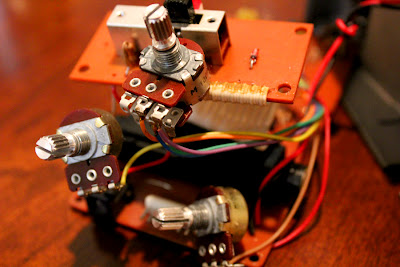 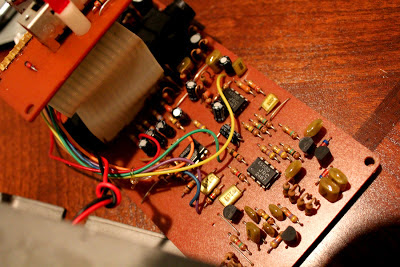 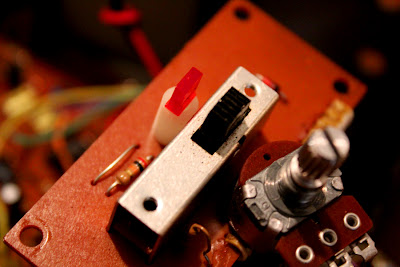